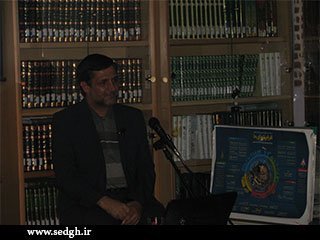 How to feel better? How we look better? What we have to look at?

The Veteran of eight-year war, professor Rasol Javanali – Azar attended the Cheshmesar-e-marefat of this week which was held on Friday 2015.09.08 at " Darossalam " mosque.

In this session, Faith and feeling better was discussed and he first reviewed the previous session.

"The world is full of signs, voices and pictures, but it's like human being is living in a bulb and doesn't know notice anything around him. So we should try to look and hear the reality and the truth around us but we don't pay attention. " He said.

Human being is like all the systems in the world that has income, outcome and processor and his/her mood and feelings depends on what he/she gets and how she/he processes. 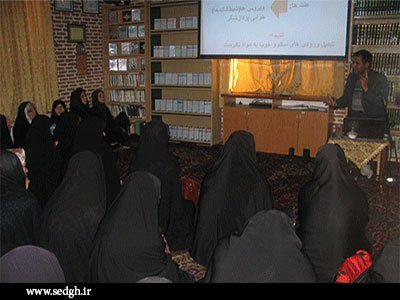 First reason, bad mood can be caused by receiving bad and damaging income, in this condition your processor is healthy  but is polluted by viruses, and temporary is out of order and can't work properly. In this situation even positive incomes such as good behavior of people around or fine happening may make us feel bad. If this situation goes on and we keep receiving bad influences and incomes , that's when even the processor starts to be damaged, and when it's damaged it's really hard to be cured.

What must we do to escape such a condition?

The first treatment that Al-Quran suggests in chapter Abas , verse24 is :

What is the best cure? The most powerful and affective treatment is :

« بسم الله الرحمن الرحیم : In the name of God the most graceful , the most merciful  »

It's the best way to prevent and cure feeling bad and change the way we look at creatures and happenings. But, just repeating this expression is not enough, we have to understand it.

Second reason, feeling unwell can be caused by disorder of the processor, when you've been surrounded by unhealthy incomes and keep getting bad influence, your processor get unhealthy and even good and positive influences have bad effect on your mood. For instance, even you meet a friend and get treated respectfully; you think she/he might have had a bad intention. That's when your view of world has changed to a pessimist and negative look.

This situation is really hard and sometimes impossible to solve. 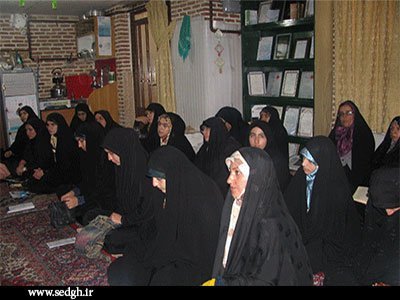 Al-Quran has offered three ways to cure this problem:

Having faith in this structure of world (being a system including income, outcome and processor)

Migration, meaning moving from mood to mood , from a place to place , from thought to thought , from an idea to another and etc.

Jihad, means trying the best.  After getting income and processing it, it's time to produce a good outcome, and that's good mood in this subject.