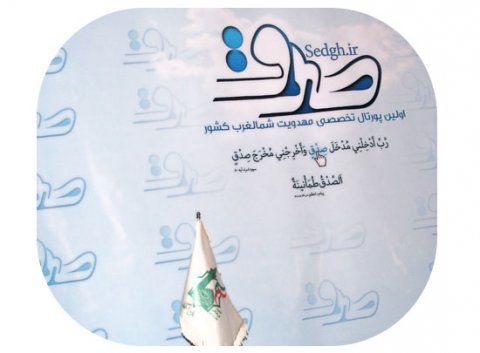 A group of young people in Tabriz and the spontaneous act of charity in the summer of 1385 due to the need for community-based activities particularly in the field of culture and Islamic messianism, tried to form a religious and cultural.

The Association was founded in February 1386, licenses for activities funded by the Office of East Azarbaijan ID 301010088 was issued to the board founder. Association of Art heirs of waiting up to a year after obtaining a license from the Directorate General, only with the permission of the esteemed organization to operate, so that on 88/2/26 after the requests previously approved permit from the center of cultural mosques ID 0303031214012701 obtained. The focus in the early years of the province's messianic Community Center received 89 licenses.
Location of Center: Jerusalem mosque after repair operations 88/8/8 day coincided with the birth of the welfare of the eighth Imam (AS) during the grand opening ceremony and was put into operation.
Time to different research groups and research work

Council Board of Trustees 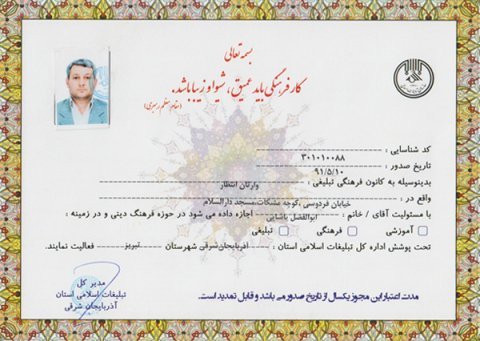 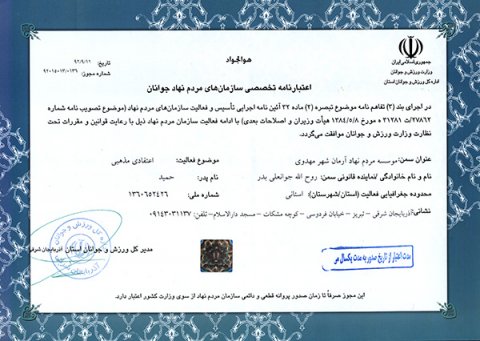 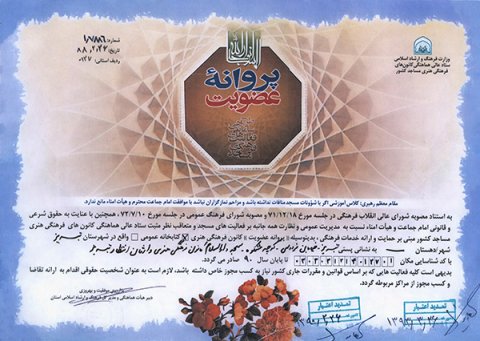